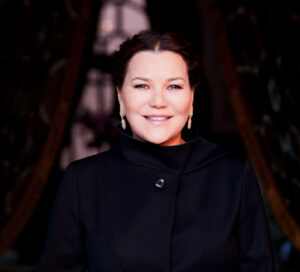 In view of the multiple potentialities offered by digitalization in terms of protection and promotion of heritage, the Foundation for the Safeguarding of Cultural Heritage of Rabat has initiated a scientific meeting in hybrid mode, in partnership with several national and international actors, in particular the Ministry Of Youth Culture And Sports, the United States Embassy in Morocco, the United States Agency for International Development (USAID), the Digital Development Agency (ADD), Mohammed VI Polytechnic University ( UM6P) and Mohammed V University of Rabat (UM5). Bringing together international and national experts as well as leading players from various heritage and digital disciplines, this conference aimed to establish a transversal dialogue between the operators of these new technologies and the managers of cultural heritage while stimulating forward thinking on the potentialities and the new challenges that are presented to them.

The debate that followed the interventions of experts, led to the emergence of several recommendations:

The digitalization of Fort Hervé: a structuring project to promote the heritage of Rabat

Carried out this year, the high-definition 3D digitalization of Borj Lekbir, formerly known as Fort Rottemburg or Fort Hervé, opens up endless possibilities in terms of media coverage such as the production of particularly realistic communication media or the organization of virtual tours. Digitalization also makes it possible to study this heritage site in a different way (reverse engineering studies, for example) or to provide detailed information for the preservation and restoration of the site. Through this data archiving work, an identical restitution, in case of deterioration, would be possible.

This first digitalization is a structuring project to promote the heritage of Rabat, to be seen as the first stage of a vast project with multiple applications and benefits. A meeting place between tradition and modernity, digitalization is also a project that arouses great interest in its state of progress, its challenges and its implications for safeguarding heritage and its sustainability. This interest deserves to be maintained through the sharing of information on the actions implemented and the actors who are directly involved.